Another First in class Concours award for RR&B Garages

We are absolutely delighted that the Rolls-Royce Phantom V we entered in to the concours event at this years RREC show at Burghley House was awarded first prize for best In class.

The car had taken many years to complete as it was carefully and methodically restored. The owner of the car had flown in from America especially to see the car fully completed and be part of the show’s proceedings.

He was absolutely elated with the prestigious award and was overwhelmed with the response and appreciation the car received from other RREC members who had also entered their spectacular exhibits.

RR&B Garages would like to say a huge thank you and heartfelt appreciation to all who were involved in this magnificent piece of motoring histories restoration programme.

Latest News or Browse All
Date:

We are openWe are open with core staff We understand this is ...Read More

TEMPORARY CLOSURE :- COVID 19DUE TO THE CURRENT GOVERNMENT ADVICE ON ” SOCIAL DISTANCING ” AND ...Read More 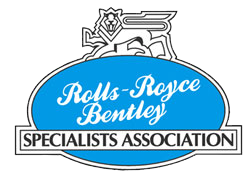